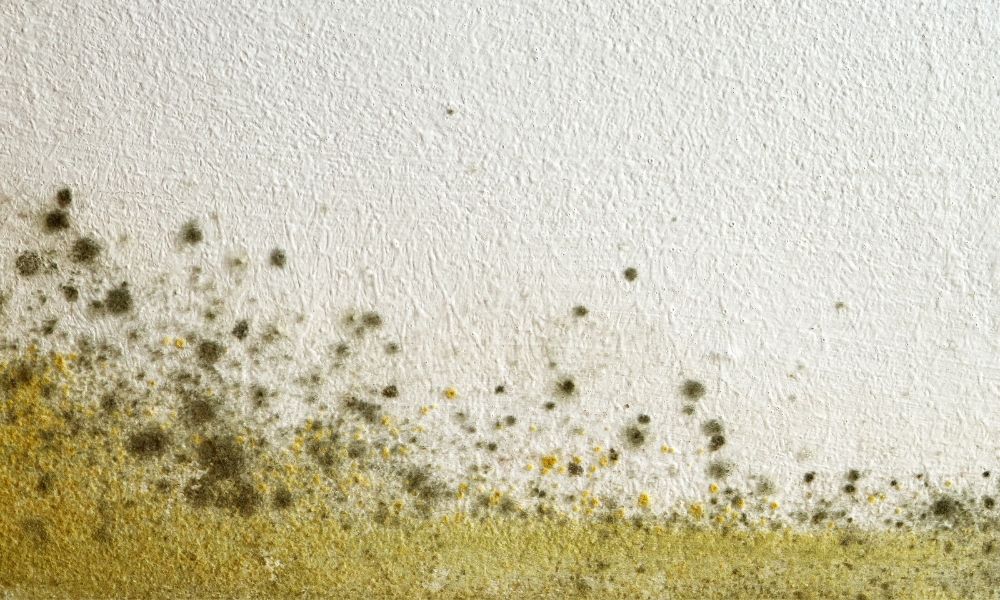 Having mold in your house is a sign that there is a larger problem lurking beneath. Most notably, the issue is that there is moisture or water in your home. Mold can grow in any house, no matter how new or old it is. All it needs is a warm, dark, damp place and something to feed on. Prolonged exposure to mold can trigger health problems, such as itchy eyes, sneezing, and congestion. Left untreated, mold can become a health hazard to you and your family—not to mention a structural hazard to your home. There are common types of mold in your home and we will discuss them here. Aloha Restoration has many black mold removal experts that know what to look for and how to get rid of that pesky mold forever.

The best way to fight mold is to prevent it from growing in the first place. The most common types of household mold grow in damp, dark, warm places. They will start to appear in places that have suffered water damage and didn’t get the proper repairs. Areas in the home that are continually wet, not cleaned often, or never fully dry after a spill will develop mold eventually. Fixing any leaky pipes and removing damp carpet or water damaged drywall will go a long way to preventing mold from ever forming in your house. If you have an old house, it’s prudent to do an air quality study in your home to find out if you already have mold or highly-concentrated spores.

Serpula lacrymans is a type of fungus that usually prefers to stay outside. It can—and will—grow inside, though. Wooden surfaces, such as hardwood floors and furniture, are the only places where you will find Serpula. Even in nature the fungus attacks wood and trees, leading to dry rot. The mold does not need or want a damp area to grow and thrive. Once it sets in, the wood begins to dry rot. It has a distinctive yellow color and can survive in almost any temperature, but it prefers the 70 to 72 Fahrenheit range.

Stachybotrys chartarum has another, more sinister name that most people know it by: toxic black mold.  It gets this name because it can create toxic compounds called mycotoxins. Those compounds cause many health problems to people that breathe them in. After prolonged exposure, a person can develop breathing issues, sinus infections, fatigue, depression, and asthma attacks. Black mold tends to grow in areas that are always damp, such as bathtubs, under sinks, around water pipes, and so on. It has a musty smell that is easy to identify.

This one should sound familiar. If it doesn’t, it’s the type of fungus that penicillin is derived from. Penicillin is a major tool in the medical field to halt the spread of infections. In the home, however, it’s a nuisance just like all the other kinds of mold. In the home, it’s found in the insulation, water-damaged furniture, damp carpet, furnishings, and more. It is known to spread quickly throughout a home once it’s introduced. Common ailments caused by penicillium include sinus infections, allergic reactions, and respiratory inflammation.

While it doesn’t occur exclusively in old homes, it’s considered the “old musty house” mold. Chaetomium is most often found in drywall that has experienced a high level of water damage. Once it gets into the walls and begins growing, it gives off a distinctive odor. A strong musty odor in a house is the first sign that there is mold in it. People that have compromised immune systems and extended exposure to Chaetomium experience various health issues. Brain abscesses, infections, and allergic reactions can impact those who live with this mold.

Trichoderma is another type of mold that is fond of damp areas. Homeowners will most often find it in damp carpets, wallpaper, drywall, and any other surface that is usually wet or damp. Trichoderma is used as a potent biocontrol agent to fight against soil-borne disease. It is also useful for protecting crops against the harmful gray mold. As with the other molds, it is known to cause allergic reactions and respiratory problems in humans.

Aureobasidium pullulans start out as pink and the mold turn black over time. In nature, it is a ubiquitous, yeast-like fungus that is found all over the world in different environments and grows on plants. It will grow on floors, on walls, around windows, and on wooden furniture in homes. Humans that are exposed to it chronically will develop a host of health problems. Because it’s so common, humans develop allergies to it over time. The exposure can lead to cough, fever, congestion, and respiratory ailments.

Aspergillus is a common contaminant of starchy foods such as potatoes, pasta, and breads. It grows in areas where there is highly concentrated sugar or salt. They are found in almost all oxygen-rich environments and grow on almost any surface. Conversely, they can also grow in a nutrient-deficient environment that has nothing to feed on, provided there is moisture. Removing this fungus from the home requires common rubbing alcohol or air purifiers to eliminate the effects on the lungs. Respiratory problems, allergic reactions, and inflamed lungs are common symptoms associated with this mold.

Cladosporium is one of the more common mold types. The species produces olive-green, brown, and black colonies. They are found most often on decaying and living plant matter and are both airborne and very abundant outdoors. Inside a house, they are found in the same places as other mold species: bathrooms, under sinks, in basements, and any dark, damp place. Exposure to Cladosporium will result in minor breathing problems and respiratory issues.

Found both indoors and outdoors, Alternaria is not a rare mold. In the home, it is usually found in damp areas around the sinks, bathtub, and shower stalls. Dark and damp areas underneath sinks or in basements are also prime areas to find it. Outside, the fungus is a normal part of every ecosystem. The spores are airborne, in the water, and the soil. Minor health problems are associated with Alternaria, such as asthma attacks and allergic reactions. Regularly cleaning your home with disinfectant products will prevent it from forming.