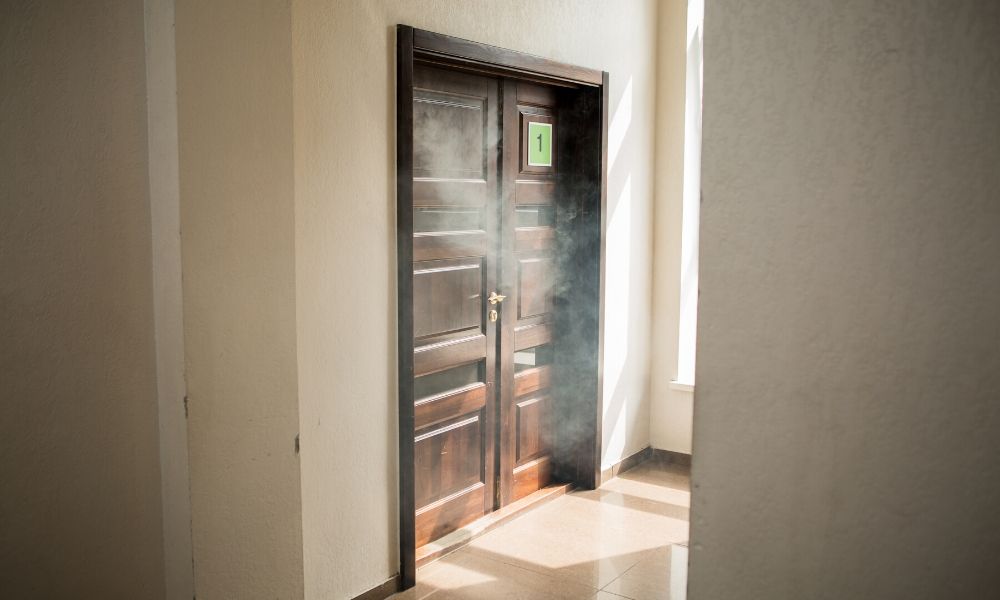 No matter how big or small a fire was and whether it occurred in a home or a business, some health risks are sure to linger. After the fire is extinguished, smoke and even water damage may remain in the structure. Smoke may dissipate quickly, but it’s terribly invasive—it can easily seep into the walls and carpets in other rooms. A small grease fire on the stove, therefore, can still affect the other rooms in the house. The smoke can also get into the HVAC components, light fixtures, and fittings and leave invisible damage. Is smoke damage harmful? Let’s explore the answer here.

Smoke damage is the physical damage caused by the smoke from a fire. It’s not the damage caused by the fire itself—only by the smoke. Smoke doesn’t destroy things the way fire does, but it does coat them in black soot and smoky odors. During the fire, smoke will flow into cooler areas through any crack or crevasse available. Once the fire is extinguished, the leftover odors can last for many months if not cleaned properly. Furthermore, the soot is greasy and oily, making it difficult to clean—there’s more to it than a soapy sponge and some elbow grease. That’s why it’s important to hire smoke restoration cleaning professionals to do the work.

Can Smoke Damage Make You Ill?

Living or working in a smoke-damaged building that wasn’t properly cleaned invites a host of potential health problems. Smoke results from the combination of heated particles and gases that the fire is consuming, and different items will release different kinds of gases and particles. For example, a burning log will release different smoke than a burning piece of plastic will. Being a man-made petroleum-based product, the plastic will create smoke that’s more dangerous to the lungs and respiratory system than the wood will. Smoke itself is toxic, producing tar, heavy metals, and carbon that—if breathed in over time—can lead to health problems. Some common symptoms of smoke inhalation include vomiting, nausea, coughing, confusion, difficulty breathing, and sleepiness. Once the smoke has dissipated, make sure a professional smoke damage mitigation company thoroughly cleans the area to protect your health.