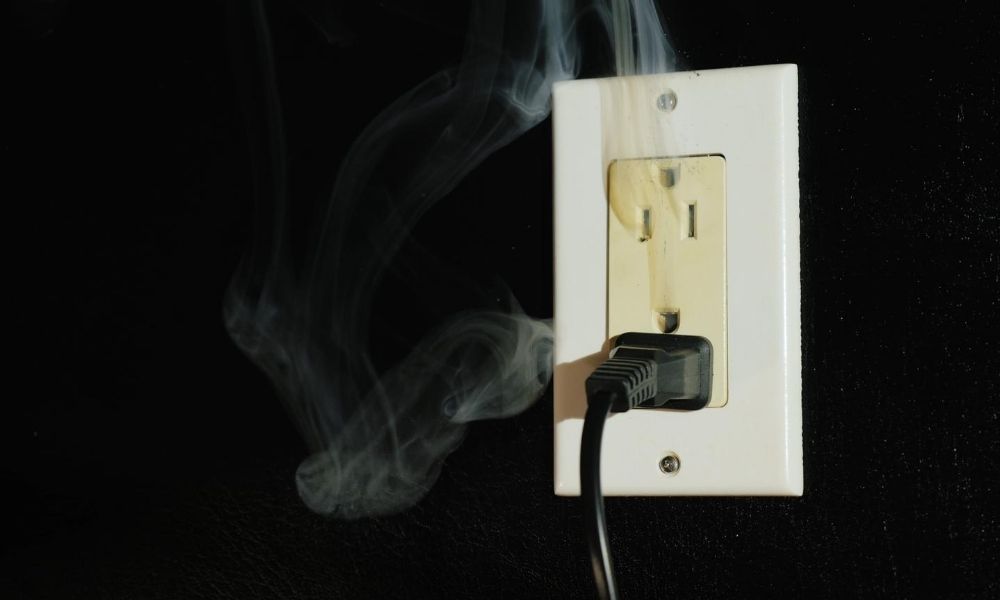 Imagine this: the worst has happened—a house fire. The good news is that everyone is safe, and the house isn’t a total loss; it can be repaired. The bad news is there’s damage, and you’ll be living in a hotel for a while. Smoke damage produces both short-term and long-term damage. When damaged materials are left in the house without the proper cleaning and removal, occupants may suffer serious health impairments. Obviously, it’s important to get rid of everything that’s been damaged. Flames jump around from one thing to the next, eating everything in their path. Many household items are made from synthetic products that create thick, black, toxic smoke. The residue, or soot, from that smoke shouldn’t be breathed in under any circumstances. Learn how smoke damage affects your home’s contents so you can protect your family.

The modern home functions on electronics, yet the devices don’t get much attention after the smoke clears. The assumption is that “they’re electronics, they’ll be fine.” In reality, electronics are as affected by smoke damage just as much as clothes and furniture. The soot infiltrates electronic equipment the same as anything else. It will affect the performance of your DVD player, stereo, and tablet for the worse. The soot covers the item and makes it overheat faster than it would normally, causing it to fail prematurely. When soot covers metal, it corrodes the metal and leads to rusting.

Smoke in Wood and Drywall

Depending on how the fire started, the drywall and wood in the house will probably sustain the most damage. Fire and wood, while perfectly suited to each other in the fireplace on a cold winter’s night, are natural enemies. Wood and drywall make up the majority of any house, so there is plenty for the fire to destroy. The drywall in the ceiling will absorb a lot of the smoke and soot during the fire as heat rises. A previously white ceiling and walls will be tarred black by the smoke and soot. If there is anything left to salvage, it must be scrubbed and cleaned extensively. In most situations, it’s easier to remove and replace the damaged drywall and, if necessary, wooden studs.

Many home appliances can be salvaged after a fire. Appliances are made to withstand abuse, so there is a good chance that they will survive a fire. The washer/dryer, oven, refrigerator, and dishwasher are all made of metal and are sturdy machines. They are coated with high-gloss veneer, making it easy to clean soot from them. If the fire is in the kitchen, though, there is a strong possibility those appliances will need replacing. The heat from the fire could melt the wires and electronics within the devices. The remaining soot will cover the electronics and affect performance.

Time Is of the Essence

Smoke restoration cleaning is a time-critical project. The longer things are left to sit with smoke damage, the more likely they will not be salvageable. Smoke gets deep into fabrics, carpets, and wood and keeps doing damage long after the fire is out. Some surfaces and materials will stand up to the damage better than others. Textiles and carpet will sustain more smoke damage than woods and metals. However, wood will hold on to the smoke smell just as long as fabric because it can be harder to get rid of.

Once the fire is out and the damage has been assessed, get to certain things first. Porous materials and synthetics like curtains, couch cushions, and carpet should be examined within minutes. Waiting to either clean or repair those things will only increase the likelihood they’ll need to be discarded. Within a few hours to a day or two, wooden items like furniture, flooring, and walls will need addressing. They will absorb the smoke and can suffer from soot damage. Metal structures should be checked also, despite their hardiness, because after a few days, with heavy damage, they can start to rust and corrode. Don’t wait to assess and remove damaged items. It will only make things worse.

Heavy smoke damage leaves behind thick black soot. Soot is mostly tar and carbon and coats anything that it comes into contact with. If these noxious substances are inhaled for an extended period of time, they can cause permanent damage to the lungs. Fires also leave behind a deadly gas that can’t be seen or smelled—carbon monoxide. During a fire, the carbon monoxide displaces the oxygen in a room and lingers after the fire has been extinguished. When inhaled, carbon monoxide replaces the oxygen in the blood and starves the brain, heart, and other organs of vital oxygen. Short-term and long-term effects of smoke inhalation are respiratory issues, skin damage, and eye irritation. Breathing can be hindered by smoke inhalation as the soot lines the lungs. This isn’t limited to breathing the smoke; damage to the lungs can result from breathing in the leftover smoke residue in the house. Smoke can damage the skin once it gets into clothing and furniture. Prolonged contact with smoke-damaged clothing will irritate the skin, causing itchiness and redness. The same can be said about eye irritation from smoke residue. Itchy, red, watery eyes will result from exposure to soot and smoke-damaged items in a house.

Getting Rid of Smoke Smell

Smoke damage affects your home’s contents in numerous ways. The most recognizable aftereffect is the lingering smell. Get rid of the smell by washing all the clothes as soon as possible, multiple times, if needed. Have the carpets professionally cleaned a few times also. Wash every cushion, curtain, and throw pillow you can. If that doesn’t work, then it’s time to replace them. A professional fire mitigation and smoke removal company like Aloha Restoration can help. We have the experience to assess the damage and replace what cannot be salvaged. Our team doesn’t cut corners or undertake unnecessary work. They make sure nothing is overlooked. If the item can’t be cleaned, we remove and replace it to make sure your home looks good as new and your family is safe from any lingering effects.